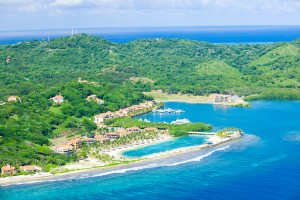 The tropical greenery and brilliant ocean blues of Roatan.

Roatan is the perfect retirement destination. Enjoy year ’round what others indulge in over vacation – exclusive resorts, world-renowned dive sites and amazing cuisine. Relax in calm, clear waters while fishing for wahoo, mahi mahi, snapper and tuna, or perfect your golf game on an 18-hole, par-72, 7200 yard championship golf course.

Get to know our island and it will soon win you over with its brilliant ocean blues, palm tree greens, and warm tropical breezes.

Once you discover this beautiful Jewel of the Caribbean, you won’t ever want to leave.

These days nothing seems to top Google Maps when it comes to showing everyone where you are located. The island of Roatan is part of the Bay Islands, which is in an area referred to as the Western Caribbean. Close by you will find Belize and the Cayman Islands, and a bit further off is Jamaica, mon! All of which border the Caribbean Sea. Notice the marker, and zoom in or out to get a larger viewpoint of where we are in the world.

As you can see above, Roatan is also considered to be in the Americas. Located above South America and below North America, there is an area made up of five small countries, named Central America. The island is actually off the northern coast of the Central American country of Honduras.

From Elsewhere:  Avianca offers flights direct to the island from many Central American countries such as Guatemala and El Salvador. Alitalia, British Airways, Emirates, Iberia, Lufthansa, US Airways and United fly from Milan, Italy (MXP-Milan Malpensa Airport), connecting with other airlines in New York or Miami, to San Salvador, El Salvador (SAL-Monseñor Óscar Arnulfo Romero International Airport), and on to the island. Air Canada flys from Canada to San Salvador, to Roatan, and Seasonal direct charter flights are available through West Jet from Toronto, Canada (YYZ-Toronto Pearson International Airport). Flights originating from other countries normally connect through one of the aforementioned locations. 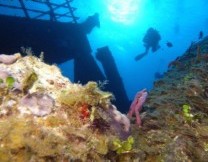 Entertainment can take on many forms.  Scuba divers and snorkelers delight in Roatan’s over 150 dive sites, one of the benefits of being surrounded by a portion of the world’s second largest barrier reef, The Great Western Barrier Reef.  Golfers enjoy amazing views at the world renowned Black Pearl Golf Course designed by Pete Dye. Horseback, nature rides, museums, fishing, four wheeling, and fine dining are just a few activities islanders enjoy.

Transportation includes water taxis and road taxis which are readily available, as well as sporadic shuttle services or minibuses.  Cars, 4-wheelers, mopeds and bikes can be rented by the hour, day or week.  Although once under the British authority, people drive on the left side of the road here on the island. 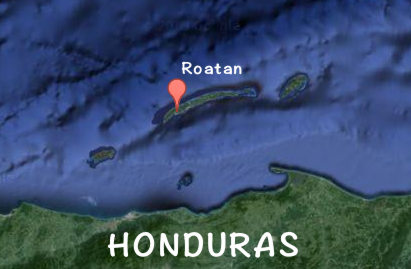 Utila and Roatan real estate in the Bay Islands Honduras are some of the most sought after properties in the Caribbean, yet still available at affordable prices. As the world seeks out calm atmospheres to temper stress, returning to a simpler life has taken hold. And there’s no better place to live than the tropical Bay Islands of Honduras.

Snorkeling, scuba diving, kayaking, and even golfing are only some of the island activities that can be steps away, or just down the road, from your door. Island real estate only increases in value, and there’s no better investment than one you can enjoy physically while growing your children’s inheritance. 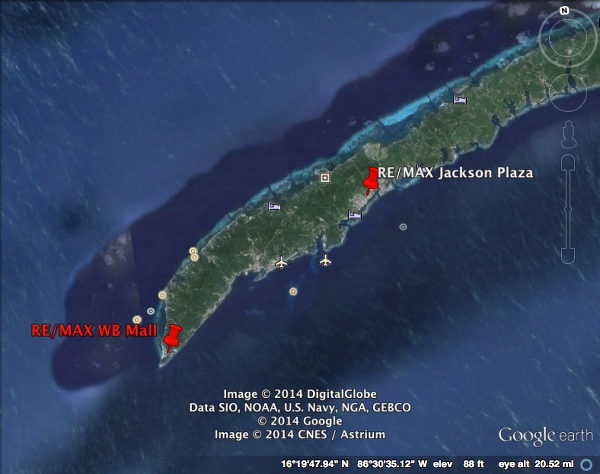 As you view the Bay Islands Honduras properties, you will begin to realize the benefit of owning Utila or Roatan real estate. You’ll be getting away from it all in the tropics, yet enjoy modern-day infrastructure and amenities. After reviewing your options, give me a call, send an email, or use our contact form, and let me show you how you can make your dream a reality.

If you are interested in knowing more about the island, we suggest you visit http://www.roatanbayisland.com. A variety of topics are presented in their Roatan FAQs, as well as a brief historical and ethnographical account of Roatan’s history.

Your email address will only be used for the purpose of sending you newsletters from RE/MAX Bay Islands & Western Sunsets. It will not be shared or sold. Your privacy will always be valued.