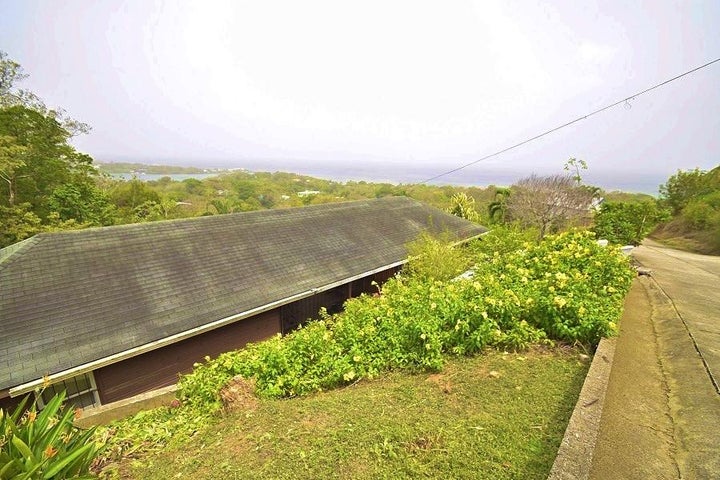 Property Description
This unique 2 bedroom, 2 Bath house with breathtaking views of the ocean and beautiful .58 acre of flowers and fruit trees are awaiting you. You enter into a 18x20 covered deck with views that will make you not want to leave! The living areas are on each side of the deck. One side has a one bedroom, 1 bath with a full kitchen and living area. On the other side is the Master Suite with sitting area, full bath, computer/work desk and walk in closet. All of the outside walls are insulated. All 8 Pella Casement windows have shutters. Exposed rafters. The house has two water filters, one for sediment and the other for minerals.

Information deemed reliable but not guaranteed.

Your email address will only be used for the purpose of sending you newsletters from RE/MAX Bay Islands & Western Sunsets. It will not be shared or sold. Your privacy will always be valued.